What You Should Know About CoQ10 for Migraine Prevention 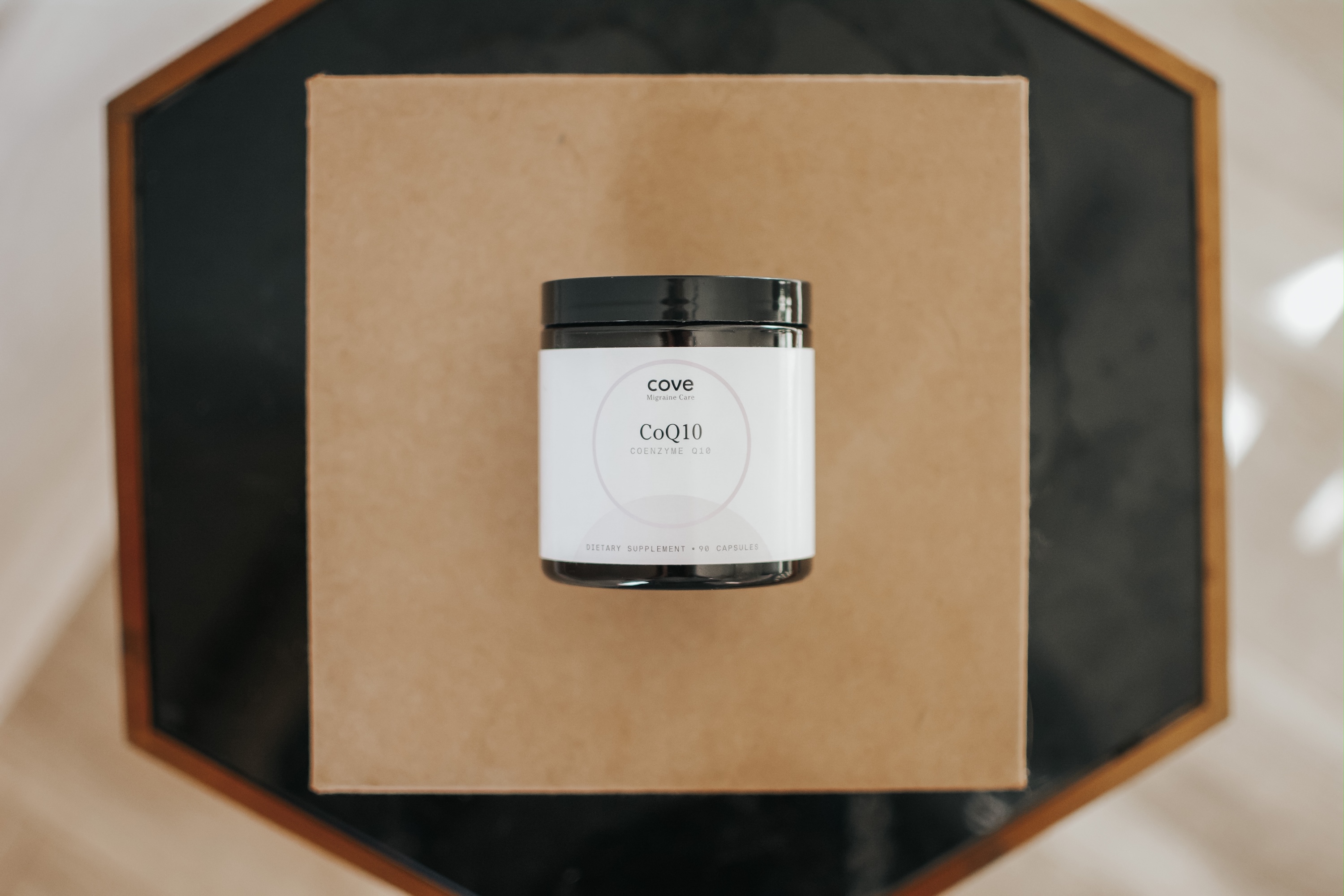 If you’ve been researching supplements for migraine treatment, you’ve probably read that Coenzyme Q10 (also known as ubiquinone-10) can help prevent attacks. But you’d be forgiven for wondering if there’s any scientific evidence to support this common claim.

We’ll spare you the research and cut to the chase: There's strong clinical evidence that Coenzyme Q10 (CoQ10 for short) can help reduce the frequency of migraine headaches. How? We’ll tell you.

But first, let’s start with the basics.

What is Coenzyme Q10?

CoQ10 is an antioxidant—a compound that helps your body fight off harmful molecules. It’s also used by your cells to make energy.

Your body produces CoQ10 naturally, but you can get more of it from food and dietary supplements.

How do you know if you’re getting enough CoQ10?

This is a tough one because scientists aren’t sure what the right daily dose of CoQ10 is. Doctors typically recommend somewhere between 100 and 200mg per day, but people with certain medical conditions, like migraine and some heart problems, may need more than that to stay healthy.

Even though CoQ10 is found in some foods, you shouldn’t rely on your diet to make sure you’re getting enough. Dietary sources don’t actually have enough CoQ10 to significantly increase your body’s CoQ10 levels.

Yes! Multiple scientific studies have shown that CoQ10 can help reduce migraine frequency. In one study published in Cephalalgia, most participants’ headache days decreased by more than 50%. The American Academy of Neurology, the American Headache Society, and the Canadian Headache Society all recommend CoQ10 for migraine prevention.

Here’s where we tell you how it helps. Scientists have discovered that your body’s levels of the pain-related protein CGRP (calcitonin gene-related peptide receptor) are higher during a migraine attack. They aren’t sure why that’s the case, but studies show that lowering CGRP levels can prevent migraines, and that’s exactly what CoQ10 does.

What other conditions can CoQ10 help with?

There hasn’t been much research into how CoQ10 can help treat medical conditions, but scientists do know that people with heart disease, Parkinson’s, Alzheimer’s (also known as dementia), and certain cancers tend to have lower levels of CoQ10.

What foods are good sources of CoQ10?

If you want to get more CoQ10, it’s a good idea to eat more meat, fish, and whole grains. But keep in mind that even though these foods contain CoQ10, dietary sources just won’t boost your body’s levels enough to make an impact on your migraine frequency.

So if changing your diet isn’t the best way to get more CoQ10, what is? If you’re thinking “supplements,” you’re right.

CoQ10 supplements are available in many forms, including solid tablets, liquid-filled capsules, powders, and even gummies. If you’re taking CoQ10 to prevent migraines, you’ll want to get a supplement with a dosage of at least 100-150 mg. So far, no studies have shown a benefit to taking more than 300 mg a day.

What form of CoQ10 does Cove offer?

Cove offers 150 mg CoQ10 capsules. After consulting with leading headache experts, we chose this formulation for its solubility properties (that's a scientific way of saying it's easy for your body to absorb).

If you're interested in getting CoQ10 supplements from Cove, you can get started here.

What should I be cautious of?

CoQ10 supplements are typically safe for most people. That said, there hasn’t been much research into how they can impact breast-feeding or pregnant women, so check in with your doctor before taking CoQ10 if you’re pregnant, planning on getting pregnant soon, or breast-feeding.

You should also talk to your doctor before starting supplements if you’re taking any of these medications:

Are there any possible side effects?

Most people won’t see side effects from taking CoQ10 supplements. Some people do experience a burning sensation in the mouth, diarrhea, loss of appetite, or nausea, but these side effects aren’t common.

How does CoQ10 compare to prescription preventive medications?

Generally, prescription medications are more likely to come with side effects than supplements, but medications also tend to be more effective. Everyone has their own limits when it comes to side effects, but you don’t have to give up on treating your migraines if you want to avoid them.

Can you take CoQ10 with migraine medications?

CoQ10 is typically safe to combine with preventive or acute migraine medications, including other supplements. With that said, it’s always best to talk to your doctor if you have any concerns.

Like all migraine treatments, CoQ10 won't work for everyone. That said, it can take three or four months for supplements to take effect, so make sure you give it some time before concluding they're not working. (Having trouble waiting? This article has some suggestions for when your treatment's not working.)

What if you've already waited a few months? Then it might be time to switch to a different migraine supplement, or try a preventive medication.

What other supplements does Cove offer?

Clinical evidence shows that magnesium and riboflavin (a.k.a. vitamin B2) can also help prevent migraines.

You can order CoQ10, magnesium, or riboflavin individually through Cove, but clinical evidence shows that the best results come from taking all three. That might sounds like a hassle, but we've made it easy with Cove Beam, a first-of-its-kind supplement that includes clinically-effective doses of all three of these nutrients in one daily powder packet. You can learn more about Beam here, or start your order here.

The bottom line: CoQ10 is a safe, research-backed option for reducing the frequency of your migraine headaches, either on its own or in addition to preventive medications.

These statements have not been evaluated by the FDA. This product is not intended to diagnose, treat, cure, or prevent any disease.