Everything You Need to Know About NSAIDs for Migraine Treatment 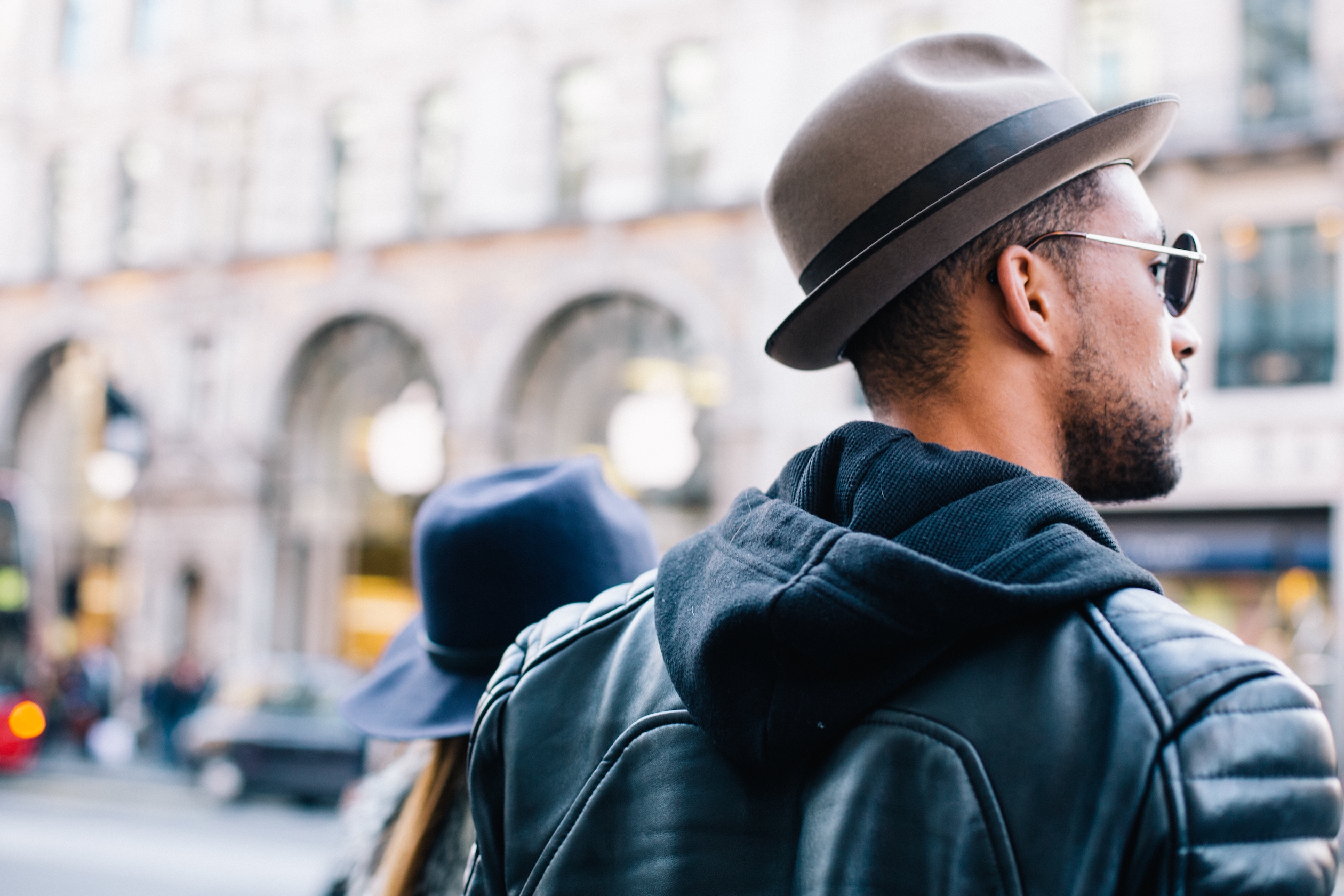 Have you ever been told to try a nonsteroidal anti-inflammatory drug to relieve your migraine pain? If so, your first reaction might have been concern. And that’s understandable, because NSAIDs sound, well, intense.

You've heard of Advil®, Excedrin®, and Aleve®, right? Well, those are all NSAIDs. And while they relieve all kinds of pain (muscle aches, menstrual cramps, rheumatoid arthritis, tension headaches, and so on), we’re going to focus on migraine headache pain today.

What are the most common NSAIDs?

Here's a brief list of the most common NSAIDs along with their brand names. We’re guessing you might recognize quite a few of these pain relievers.

What’s the difference between naproxen, Naprosyn®, Aleve®, Anaprox®, and Naprelan®?

There is none! Naproxen®, Naprosyn®, Aleve®, Anaprox®, and Naprelan® are just different names for the same medication. Because naproxen is the generic (non-branded) version, it’s often more affordable than the branded versions.

Are NSAIDs prescription drugs or over-the-counter?

Both. Many NSAIDs (such as Advil®, Motrin®, and Excedrin®) are available over-the-counter. The stronger NSAIDs, such as migraine-strength naproxen, do require a prescription from a medical provider.

How do I know if I need prescription-strength or over-the-counter NSAIDs?

Weighing OTC Aleve® vs. prescription naproxen? Over-the-counter NSAIDs like Aleve® aren’t as potent as prescription-strength naproxen, so you would have to take more tablets to get the same effect. If you’ve given over-the-counter medications a try and found no relief, it might be time to consider trying a prescription pain reliever like naproxen.

How do prescription NSAIDs work to treat migraine?

The short and sweet answer is that NSAIDs block the inflammation that causes your migraine pain.

The more scientific answer is a little more complex. While there’s still no conclusive research as to what causes migraine, it’s believed attacks start when the brain's blood vessels constrict and make your brain think that it needs a lot more blood than it really does. The blood vessels respond by dilating, resulting in a rush of blood to the brain. Two of the enzymes responsible for that inflammation are called Cox-1 and Cox-2.

NSAIDs are Cox-1 and Cox-2 inhibitors, meaning they block that enzyme from creating inflammation.

How do you take NSAIDs?

But not all NSAIDs come in pill form. Cambia®, for example, is an FDA-approved powder you mix with water and drink. Studies show that this formulation helps the medication take effect much faster—15 minutes for the powder vs. a full hour for tablets.

If you’re taking a prescription NSAID, make sure to take it as prescribed by your medical provider.

How long do they take to start working?

NSAIDs should start working to relieve your migraine attacks with an hour of taking them.

How often can I take NSAIDs?

While NSAIDs are considered to be safe drugs, you want to take them sparingly to avoid side effects—a general rule of thumb is not to take them more than three days a week.

Who should take NSAIDs for migraine?

Over-the-counter NSAIDs are good to try if you experience mild attacks. Prescription NSAIDs, such as naproxen, are best for people who need a stronger treatment.

While NSAIDs are generally considered safe and effective, there are people who should consider other migraine treatments. Namely:

That said, everyone's body reacts to medication differently and you should speak to your medical provider about your specific needs. (Yes, we know that you’d like all the answers now, but we're committed to providing you with the best migraine care, and in this case, that means not making any claims we can't stand by.)

What are the possible side effects of NSAIDs?

While NSAIDs are generally considered safe, like many medications, there are potential side effects. Some of the common side effects include:

You should immediately contact your medical provider if you experience signs of serious allergic reaction, dizziness, or difficulty breathing while taking these medications.

Which NSAID does Cove offer?

Cove currently offers prescription-strength naproxen, an FDA-approved pain reliever. We think naproxen is the best NSAID for migraine because patients can take it less often than other NSAIDs (such as ibuprofen).

We know this is a ton of information on and you still might have questions about which migraine medications are right for you. That’s why we work with licensed physicians to help each and every person find an effective treatment plan. If you’d like to speak to a Cove physician about treating your migraine, simply click here.

If you'd like to keep exploring your pain relief options, we recommend reading about other migraine treatments, such as triptans. Or, if you’d like to learn more about migraine prevention treatment, read up on beta blockers, anticonvulsants, anti-CGRPs, and antidepressants.

CAMBIA is a prescription medicine used to treat migraine attacks in adults. It does not prevent or lessen the number of migraines you have, and it is not for other types of headaches. CAMBIA contains diclofenac potassium (a non-steroidal anti-inflammatory drug or NSAID). WARNING: RISK OF SERIOUS CARDIOVASCULAR AND GASTROINTESTINAL EVENTS See full prescribing information for complete boxed warning. Non-steroidal anti-inflammatory drugs (NSAIDs) cause an increased risk of serious cardiovascular thrombotic events, including myocardial infarction and stroke, which can be fatal. This risk may occur early in treatment and may increase with duration of use. CAMBIA is contraindicated in the setting of coronary artery bypass graft (CABG) surgery. NSAIDs cause an increased risk of serious gastrointestinal (GI) adverse events including bleeding, ulceration, and perforation of the stomach or intestines, which can be fatal. These events can occur at any time during use and without warning symptoms. Elderly patients and patients with a prior history of peptic ulcer disease and/or GI bleeding are at greater risk for serious GI events. For more information, ask your healthcare provider or pharmacist about NSAIDs. Call your medical provider for medical advice about side effects. You may report side effects to FDA at 1-800-FDA-1088. Please see full prescribing information including BOXED WARNING and medication guide for more information about CAMBIA.

Naproxen is an oral medications used to ease pain, swelling, and fever. This drug may raise the chance of heart and blood vessel side effects like heart attack and stroke. If these happen, they can be deadly. The risk of these side effects may be greater if you have heart disease or risks for heart disease. However, the risk may also be raised in people who do not have heart disease or risks for heart disease. The risk of these health problems can happen as soon as the first weeks of using this drug and may be greater with higher doses or with long-term use. This drug may raise the chance of very bad and sometimes deadly stomach or bowel side effects like ulcers or bleeding. The risk is greater in older people. The risk is also greater in people who have had stomach or bowel ulcers or bleeding before. These problems may occur without warning signs. If you are pregnant or you get pregnant while taking this drug, call your medical provider right away. Tell your medical provider if you are breast-feeding. You will need to talk about any risks to your baby. If you would like to learn more about naproxen, please see the full prescription information here. You are encouraged to report negative side effects of prescription drugs to the FDA. Visit MedWatch: https://www.fda.gov/Safety/MedWatch/default.htm or call 1-800-FDA-1088.

Photo by Allie Lehman via Death to Stock