The Best Migraine Home Remedies, According to Research 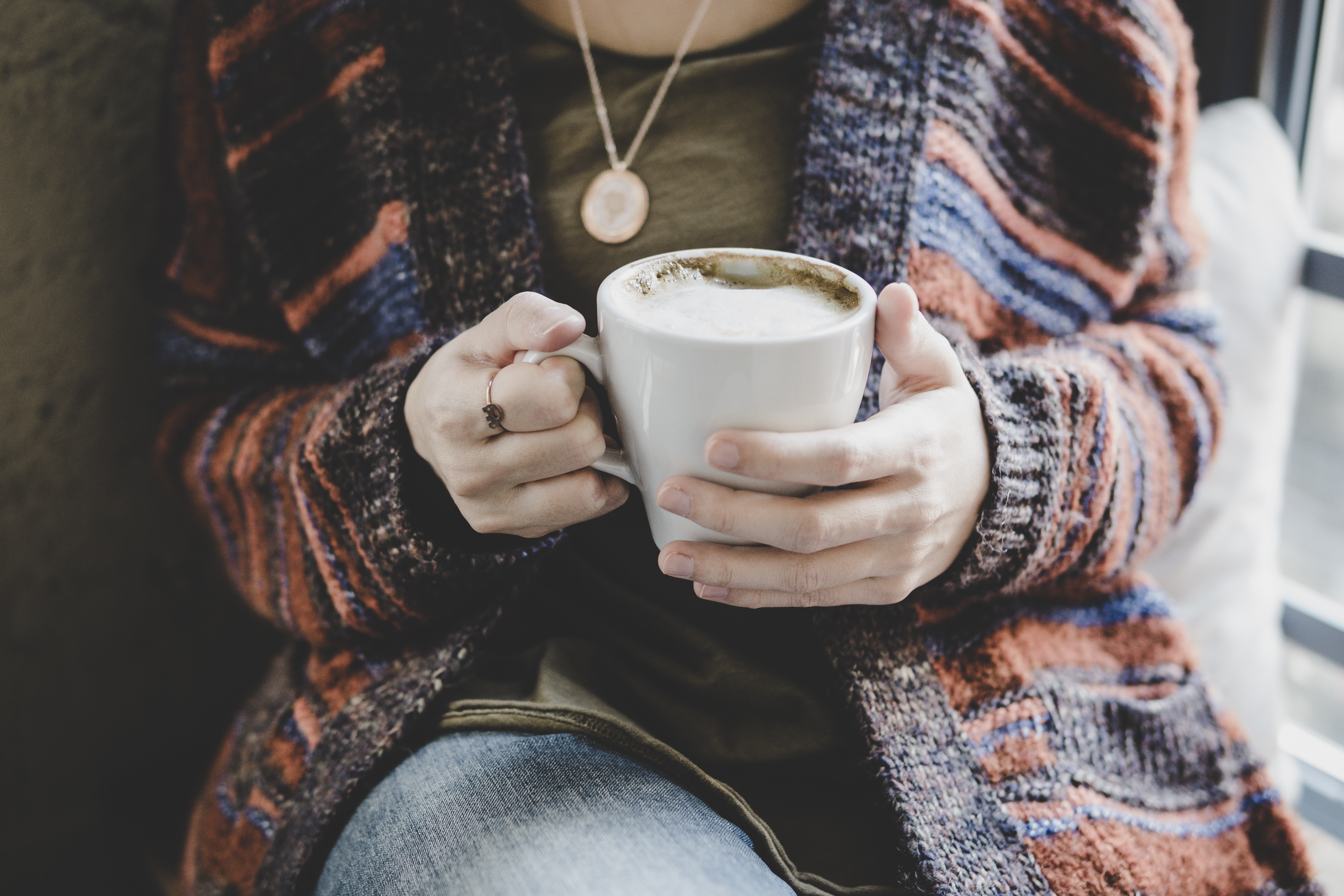 One in seven people suffer from migraine—that’s one billion people globally. That would probably lead you to think that there’d be a cure by now. Or, if not a cure, a treatment that works 100% of the time. While we wish that was the case, it’s unfortunately not. And that’s because migraine is so personal, meaning there’s no one treatment plan that works for everyone.

Plus, while pain relief medication can help you during migraine attacks (and preventive treatments can decrease the number of attacks you get), there will still be times when neither work as well as you’d like. But that doesn’t mean you have to suffer. Rather, it means you can turn to home remedies.

Of course, just typing “migraine home remedies” into Google turns up a ton of ideas and it can be hard to figure out which ones are good… and which ones are simply not. That’s why we did the hard work for you and made a solid list of home remedies that are actually proven to work.

Here are some of the best preventive home remedies to reduce your migraine frequency (because life would be easier if you weren't dealing with a severe headache several times a month).

Magnesium is a vitamin present in common foods like nuts and leafy greens. Vitamin B2, also known as riboflavin, is found in foods like eggs, dairy, nuts, and fortified cereals. In one study, reports The Migraine Trust, 61.3% of the participants taking B2 had 50% fewer attacks in a three-month period.

Although strenuous exercise can be a trigger for some people, there is also research to show that exercise can help prevent attacks.

An article in the medical journal, Current Pain and Headache Reports, reviewed several studies that found a connection between exercising and reduced migraine frequency.

Interestingly, exercising itself doesn’t actually treat migraine directly—instead, it can help you reduce stress (a migraine trigger). And, as any doctor will tell you, the more you exercise, the healthier you feel.

Along the same lines, yoga might also be able to help prevent migraine headaches by reducing your stress levels and improving your circulation. Get the full scoop on the benefits here.

Acupuncture, a practice in traditional Chinese medicine that involves placing small needles at certain points across your body, may help prevent migraine attacks too, according to a study in the medical journal CMAJ. Another similar option is acupressure. While there’s less research backing up its efficacy, it’s pretty risk-free to try during a migraine attack to see if it helps.

5. Having a consistent sleep routine

The relationship between sleep and migraine is complicated, with both too little and too much sleep sometimes triggering attacks. When it comes to preventing attacks, though, practicing what The Migraine Trust calls “sleep hygiene” can help. Sleep hygiene includes adopting habits like going to sleep and waking up at the same time every day, spending as much time in natural light during the day as possible, and avoiding screens in bed (which, we know, is easier said than done).

This one is obvious, but we had to include it because it’s one of the simplest measures to take. Understanding your triggers (more on that here) will help you to avoid them.

While some triggers might be obvious (loud music), others might be more subtle, such as figuring out which foods can set you off. If you’re having trouble pinpointing one specific thing, it could be because you’re sensitive to histamines or nitrates in foods—and those, unfortunately, show up in a lot of popular foods.

Nitrates, for example, appear in processed foods like hot dogs, bacon, lunch meat, pepperoni, states the Cleveland Clinic. And a study in the American Society for Microbiology found that people with migraine might not be as good at breaking down nitrates.

On the flip side, eating certain foods might help. The journal Environmental Nutrition points out that diets high in omega-3 and omega-6 (found in healthy fats, like salmon and vegetable oil), and in leafy greens can help with migraine.

Since there are so many possible food triggers, your doctor might suggest you follow an elimination diet to help uncover which foods are triggering your attacks.

Preventive treatments typically work better as long-term practices, but what home remedies can you try during an actual migraine attack to relieve your headache pain (besides taking over-the-counter medications)?

Hydration never hurts. In fact, The New York Times reports on a study that showed drinking more water helps both with the duration and severity of migraine attacks. You can also replenish your electrolytes more effectively by drinking a hydration supplement like Cove's Oasis.

Caffeine can help stop a migraine attack after it starts. That’s because it affects blood flow in your brain (and blood flow issues could be what causes attacks). It addition, states the National Headache Foundation, it can also make certain pain relief medications more effective.

But, you should know that an article in The Journal of Headache and Pain warns that it’s easy to get too dependent on caffeine, and when that happens, drinking less of it can cause withdrawal headaches.

Sufferers on a Migraine.com forum report that when they rub peppermint oil into their temples, it can stop an attack as it’s starting. Others swear by lavender essential oil. While there’s no concrete science behind this, it might be worth a try based on all the anecdotal evidence (assuming, of course, that strong scents won’t trigger headaches for you).

10. Using a hot or cold compress

A piece of advice that people with migraine often pass along to one another: Apply different variations of heat and cold to your body. A common method is to put your feet in hot water or under a heating pad, and put an ice pack around the base of your neck and your temples.

Some people report the exact opposite can be helpful, and swear by heating pads on their neck, warm cloths across their faces, and even standing in hot water in the shower.

The National Headache Foundation recommends being careful with temperature treatments. Leave cold packs on for 15 minutes at a time and take a 15-minute break before reapplying, don’t fall asleep with heating pads on, and make sure showers aren’t so scalding that they burn you.

And, according to National Headache Institute, using cold packs on your head works best for people who have a type of migraine with visual aura symptoms, while heat is more likely to work on other kinds of non-migraine headaches.

Strong smells are a common migraine trigger, and avoiding them once you feel an attack coming on might be helpful. This sensitivity is known scientifically as “osmophobia.” The American Migraine Association states that strong odors, like perfumes, pungent foods, gasoline, and other chemical smells, can make a migraine attack worse once it’s started.

One of the simplest ways to treat your own migraine is probably something you do already, without needing to be told. Since a common migraine symptom is sensitivity to bright lights and sounds, going into a dark, quiet room to rest can be helpful. Conveniently, you can also put other home remedies to use at that time, say, using cold packs or napping.

There’s not much research in reputable journals to prove that music can soothe migraine symptoms, but that doesn’t mean it’s not worth trying. On this Quora thread, migraine sufferers weigh in on the benefits of listening to certain types of music to ease attacks, and in a Reddit forum, people with migraine weigh in on the ways high-frequency and low-frequency sounds can affect your brain and treat attacks. You can pull up free anti-migraine playlists if you want to give it a try.

Ginger is a common home remedy often used to treat upset stomachs, reports Oncology Nurse Education. If you get nausea with your attacks, or if nausea is a side effect of your migraine medication, ginger might help soothe your stomach. You can easily find fresh ginger and ginger tea in the grocery store, or find ginger powder or capsules at a health store.

Finding an effective migraine treatment is all about figuring out what works for you. Oftentimes, by combining prescription medication with home remedies, migraine sufferers are able to find some relief.

These statements have not been evaluated by the FDA. The supplements referenced are not intended to diagnose, treat, cure, or prevent any disease.

Photo by Sabri Tuzcu on Unsplash.