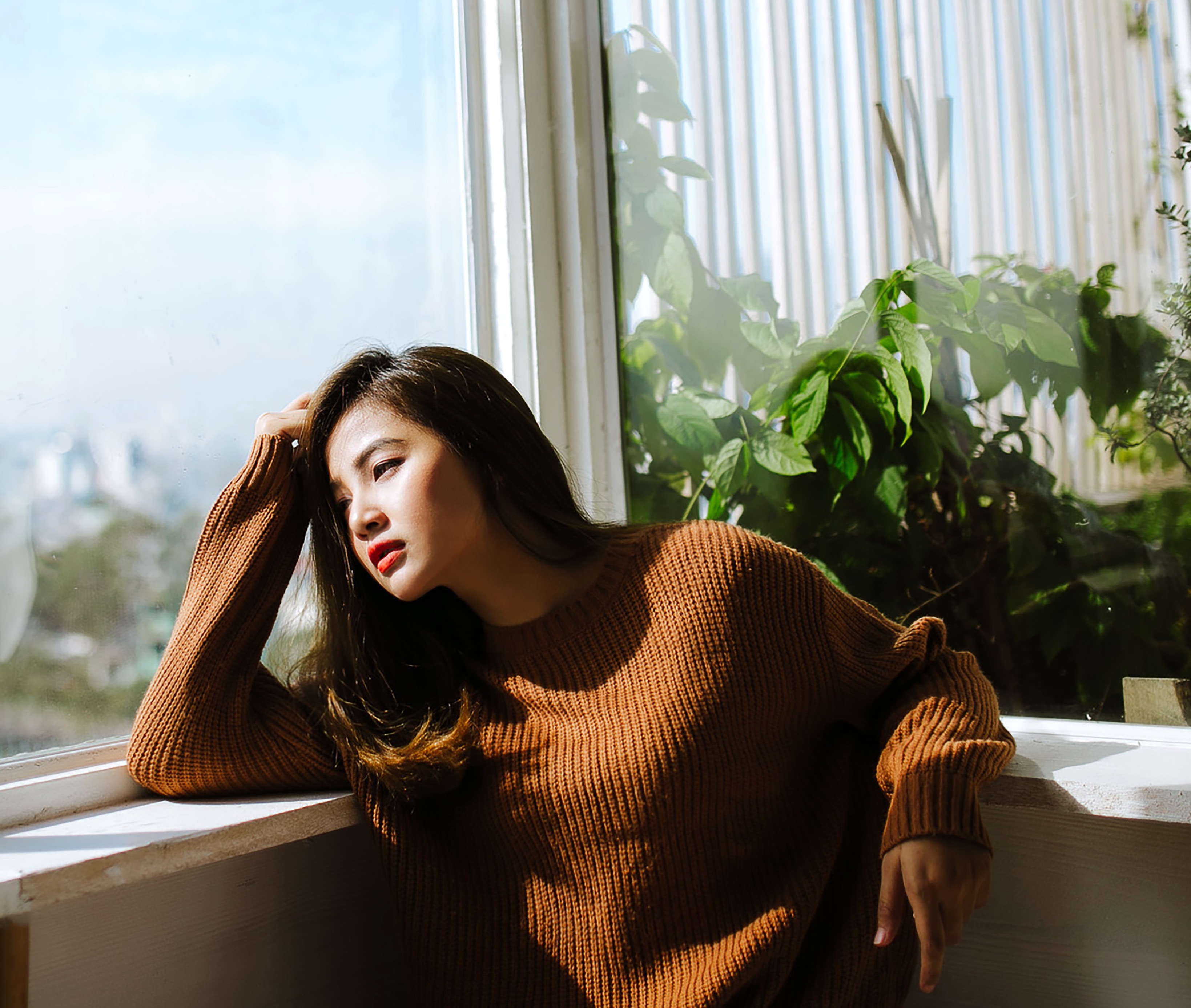 Migraine headaches seem to strike at the worst times. Like when your boss needs you to stay late for an important project. Or when your extended family shows up at your house for a holiday dinner. Or on the day you finally scored tickets to see your favorite band.

As soon as your migraine symptoms start, you know you’ll be locked into a migraine attack that could lasts for several hours (or even days).

But, why does it happen? What actually causes migraines? And what are the biggest migraine triggers?

The answers to these questions are a little complex, so let’s break them down into two parts.

Why do people get migraines?

The truth is that scientists aren’t 100% sure what causes migraines. They used to believe that changes in blood flow in your brain caused them, but more recent research, notes Johns Hopkins, shows that it’s not that simple.

Now, the belief is that nerves fire throughout your brain in a wave called a cortical spreading depression. This leads to changes in your brain's blood vessels and inflammation, which ultimately what causes the headache pain. However, the reasons this happens to some people and not others still isn’t clear.

Even though scientists don’t totally understand what makes migraines happen, they do know that certain risk factors can mean you’re more likely to get them—among them, genetics, family history, age, and sex.

A tendency to get migraines might be at least partly genetic, the Association of Migraine Disorders states, although there isn’t just one “migraine gene”—researchers know of at least 20 chromosomes that might be related.

According to the Migraine Research Foundation, 90% of people who get migraines have a family history of the condition.

Some specific types of migraines are known to run in families, and can be diagnosed when one of your family members suffers from the same symptoms.

Migraines are most common in people ages 25-55, but they can affect children too—10% of children get migraines. According to The Migraine Trust, 90% of people with migraines have their first attack by age 40.

Experiencing your first migraine in your 60s could be a sign of another underlying medical condition. In general, migraines should become less severe as you get older, and it’s normal to get fewer migraines as you age, too.

70% of migraine sufferers are women. The Migraine Research foundation adds that before puberty, boys are more likely to have migraines than girls, but after puberty, the odds flip.

Not only do more women than men get migraines, but women are also at risk of menstrual migraines, a type of migraine that’s triggered by hormonal changes a few days before or after your period starts. They can be more painful or last longer than typical migraines, and about 7-19% of women get them.

Hormonal changes may be one reason migraines disproportionately affect women. According to Mayo Clinic, changes in hormones, such as the drop in estrogen women experience just before their menstrual cycle starts, can cause migraines. Mayo Clinic adds that since taking birth control affects your hormones too, it can improve migraines for some women but trigger them for others.

While it might not be possible to know the exact migraine causes, you can learn your biggest migraine triggers. “Migraine triggers” is a wide umbrella term that covers anything that bring on migraine attack.

Understanding your personal triggers can help you take steps to both avoid them (and therefore avoid the migraine itself) and understand when you’ll likely get one and be better able to plan ahead. Then can include everything from emotional stress to lifestyle changes to diet.

When you’re stressed or worried, your body releases hormones, and that change can trigger migraines, according to Cleveland Clinic. Interestingly, day-to-day stressors have more of an impact on migraines than major life events, notes the US Office on Women’s Health, so your commute could end up having a bigger effect on your migraines than a single high-pressure event, like buying a house or getting a new job, for example.

The American Migraine Foundation adds that it’s easy to get stuck in a stress-migraine cycle, in which stress causes migraines, the chronic pain causes more stress, and so on. And, if your body gets used to handling a high level of stress? That’s not good either. You might get a migraine when you finally come back to a normal emotional state.

Migraines happen when your brain chemicals are thrown out of balance, so, anytime you change something in your life that might affect that balance, you can trigger a migraine. How much you exercise and sleep, for example, can play a part in how often you get migraine attacks, or how bad they are.

Skipping meals, eating certain foods, or even eating common food additives and chemicals can trigger migraines. Medline Plus highlights some of the most common culprits:

Even foods like dairy products and processed foods can trigger migraines.

On that red wine note, you might’ve heard that red wine, and alcohol in general, triggers migraine attacks. The American Migraine Foundation argues it’s more complex than that: Small amounts of alcohol can be safe for people who have migraine, and red wine isn’t any more likely to trigger a migraine than another type of alcohol.

But that doesn’t mean alcohol isn’t one of your migraine triggers. It can affect you shortly after drinking it, or have a delayed effect and come on during a hangover.

Caffeine’s a tricky one. While it can be a migraine trigger, it’s also a popular home remedy as well. The National Headache Foundation notes that, “because it contains ‘vasoconstrictive’ properties that cause the blood vessels to narrow and restrict blood flow, caffeine can aid in head pain relief,” and even make some pain relievers more effective for headaches.

That being said, if you get too dependent on caffeine, going off of it can cause a rebound headache (also known as a withdrawal headache). It’s for that reason The National Headache Foundation recommends not relying on caffeine every day if you get migraines.

For many people with migraines, bright lights, flashing lights, loud noises, and strong smells can trigger migraines. The National Headache Foundation reports that this might be because of “heightened connectivity” in the parts of your brain that process sights and sounds.

Like caffeine, sleep has a complicated relationship to headaches. Getting too little or too much sleep can trigger a migraine, and any time you throw off your routine—like when you have jetlag or take on shift-work—you might be more likely to have an attack, states the Migraine Trust.

According to the NHS, the UK’s biggest health site, doing intense exercise that your body isn’t used to, developing muscle tension in your neck and shoulders, and just being tired in general can all trigger a migraine attack.

If you get migraines, you might notice that sudden weather changes, like an incoming storm or a cold front, can seem to cause a migraine. A 2015 report in the scientific journal SpringerPlus found that 20% of migraines are caused by changes in weather, while the Internal Medicine Journal found that 64% of participants in a 2011 study were affected by weather changes.

Too much migraine medication

Rebound headaches, also known as medication overuse headaches, are one of the most alarming migraine triggers. The basic idea is this: Taking your migraine medication too often can cause more migraines (kind of like caffeine withdrawal). The good news? It’s easy to reverse if you’re working with a doctor to find a better treatment plan.

To get migraine treatment that actually works for you, the most important step is to talk with your doctor. However, tracking your triggers is a simple way for you to take control of your condition—it can help you prevent migraines when possible and predict them when not.

After all, there’s not a cure (yet), and none of the current medication is guaranteed to work 100% of the time. Keeping a headache diary can help you understand what causes your migraines, give your doctor more tools for diagnosing your condition, and make it easier to choose the treatment plan that’ll work best for you.

Photo by Anthony Tran on Unsplash.