Let's Break Down the Science Behind a Healthy Migraine Diet 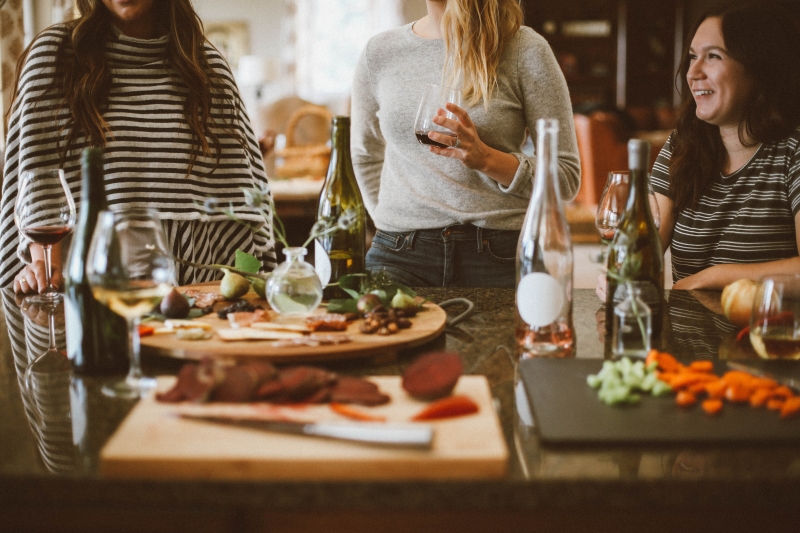 If you suffer from migraines, you probably know your personal triggers—like too much screen time, dehydration, or stress. But did you know that your diet can actually affect your migraines, too?

That’s right. What you eat (or don’t eat) can be incredibly important when it comes to the frequency of your migraines and managing pain. Read on to learn what foods are typically safe, what you should probably avoid, and how your diet affects your migraines.

How Does Diet Affect Migraines?

Migraines are personal. That means when it comes to diet and managing the pain, there’s no hard and fast rules that apply to everyone. There is, however, scientific evidence that suggest migraines may be triggered by certain foods. Additionally, 27% of those who experience migraines believe that particular foods are personally triggering.

The connection between diet and migraines is a complicated one, says Dr. Sara Crystal, a clinical neurologist and a Cove medical advisor. Certain foods and additives are more likely to trigger headaches in a higher percentage of migraineurs, but even among individuals, other factors like stress, hormonal changes, and lack of sleep can increase the likelihood of an attack after consuming a known trigger

It’s not unusual for individuals to find particular foods more triggering than others, but the specific ingredients that cause or contribute to head pain are different for everyone. That’s why it’s important for individuals to monitor their personal eating habits and track their body’s reactions

With that said, there are some general trends when it comes to what to avoid, and what’s typically safe.

What Foods Can Trigger Migraines?

While much of the information available regarding migraines and your diet is anecdotal, studies have also examined what foods are typically triggers, signaling a heads-up on what to avoid if you get migraines.

Research shows that excessive caffeine consumption can trigger migraines in both children and adults, and both a 2016 study and a 2019 study suggest eliminating or reducing your coffee intake can help fight headaches and reduce migraines. Note the use of the word “excessive.” We know that the caffeine boost can feel like a lifesaver at times, and if that’s the case, drink it! But, Dr. Crystal recommends limiting yourself to less than two cups per day.

Processed foods can be high in nitrates or monosodium glutamate (a.k.a. MSG), and both have been found to be potential migraine triggers. MSG is a flavor enhancer used in a variety of processed foods, like frozen or canned foods, soups, snacks, seasoning, and more. Processed meats, like bacon, sausage, ham, and deli meats often include nitrates that help preserve their color and flavor, and should be avoided. One study found that 5% of subjects with migraine history were statistically more likely to experience head pain on days they consumed nitrites.

Almost everyone who consumes alcohol is familiar with feeling crappy the next day if they aren’t careful, but a migraine is no match for a typical hangover headache. Studies confirm that alcoholic beverages are a common trigger, with certain chemicals in alcohol like tyramine and histamine believed to the problem. Compared to your typical hangover headache, migraines occur more quickly after consumption. Despite the overwhelming evidence, more research is needed to understand why such a rapid onset occurs, as well as what exactly within alcohol triggers a migraine.

Foods that contain yeast—like sourdough bread and fresh-baked goods like donuts, cakes, and breads—have been known to trigger migraines. The sneaky ingredient detected is tyramine, the same culprit found within alcohol. According to Dr. Crystal, tyramine, is a natural breakdown product of the amino acid tyrosine, and is a known trigger for migraines.

Unfortunately for cheese lovers, the delicacy can also be a trigger for migraine symptoms. Again, the culprit is tyramine. Blue cheese, brie, cheddar, swiss, feta, mozzarella, and most other common cheeses are common foods to avoid. As you can now see, tyramine’s found in many different foods. You might think the common connection between all of them is “foods I love,” but it’s actually a little more complex and the best guide to where you’ll find it is in foods that are fermented, aged, or not fresh.

We hate to (continue to) be the bearers of bad news, but chocolate can also sabotage your chances of avoiding migraines. One study found that, compared to a placebo, chocolate triggered a migraine in 42%of its subjects.

If you’ve got a sweet tooth, listen up: Research suggests that artificial sweeteners like aspartame commonly found in Diet Coke and other calorie-free drinks may increase the risk of migraine headaches.

What Foods Help with Migraines?

Since every migraine sufferer is different, it’s difficult to deem a particular food or ingredient ‘safe’ for everyone. Generally, eating a balanced diet and consuming foods that are fresh including fruits, vegetables, whole grains and lean proteins is a good place to start, but still, triggers can lurk in seemingly “healthy” foods. The Physicians Committee for Responsible Medicine has created a list of “pain-safe foods” that “virtually never contribute to headaches or other painful conditions.”

These foods include the following:

The Association of Migraine Disorders has created a more extensive list of “migraine safe foods,” compiled of foods that do not contain preservatives, yeasts, flavorings and other potentially triggering additives.

Examples of safe foods include:

While the full list is extensive and can be found here, it’s meant to guide your food choices rather than be definitive.

Other known foods that are generally safe to eat include foods with magnesium, like dried apricots, avocados, almonds, cashews and brown rice. One study found that regular intake of magnesium could decrease the frequency of migraine attacks by almost 42%. Finally, greens like leafy vegetables and other calcium-rich sources are also typically safe.

Which Diets Are Recommended?

Beyond individual foods, following a specific diet can also be a viable way to avoid migraine triggers. While eating ‘healthy’ is subjective, choosing wholesome, fresh food while avoiding processed and packaged goods is one way to avoid triggering a headache. Additionally, research shows that a plant-based diet can reduce migraine pain.

For those looking to avoid tyramine, Dr. Crystal recommends the National Headache Foundation helpful handout regarding the low tyramine diet.

How Do You Identify Your Triggers?

Since food affects all migraine sufferers differently, the best thing you can do is to examine your eating habits and identify patterns that could be potential triggers. By slowly eliminating foods one-by-one that you suspect you can start to recognize what spurs your migraines, and what you can avoid. Food allergy testing can also be helpful, though you should still be weary of certain foods even if you aren’t allergic to them.

To keep track of your habits, Dr. Crystal recommends keeping a careful food diary for at least one month to record what you do and don’t eat. If something is a trigger, it’ll likely hit 12 to 24 hours post consumption. You’ll be able to trace the pain back to the source—or at the very least, narrow it down.

What Are Other Dietary Habits That Can Help?

Beyond what you eat, when you eat can also be important to keeping migraines at bay. Dr. Crystal recommends avoiding hunger, which can be a trigger, and eating protein with meals to help maintain blood sugar levels.

The American Migraine Foundation recommends eating five to six smaller meals during the day versus the standard of three large meals to ward off hunger and make eating an abundance of one trigger food less likely.

Since many people with migraines are magnesium deficient, Dr. Crystal recommends taking supplements as another way to help alleviate pain. And perhaps the most important thing you can do? Stay hydrated. Sure, water isn’t technically a food, but research suggests dehydration can be a huge culprit when it comes to causing head pain.

Migraines are unpredictable, meaning your personal situation may call for something totally unique. Sometimes, knowing your own triggers isn’t enough to keep your migraines under control. That’s why it’s important to seek help and talk to a licensed doctor!