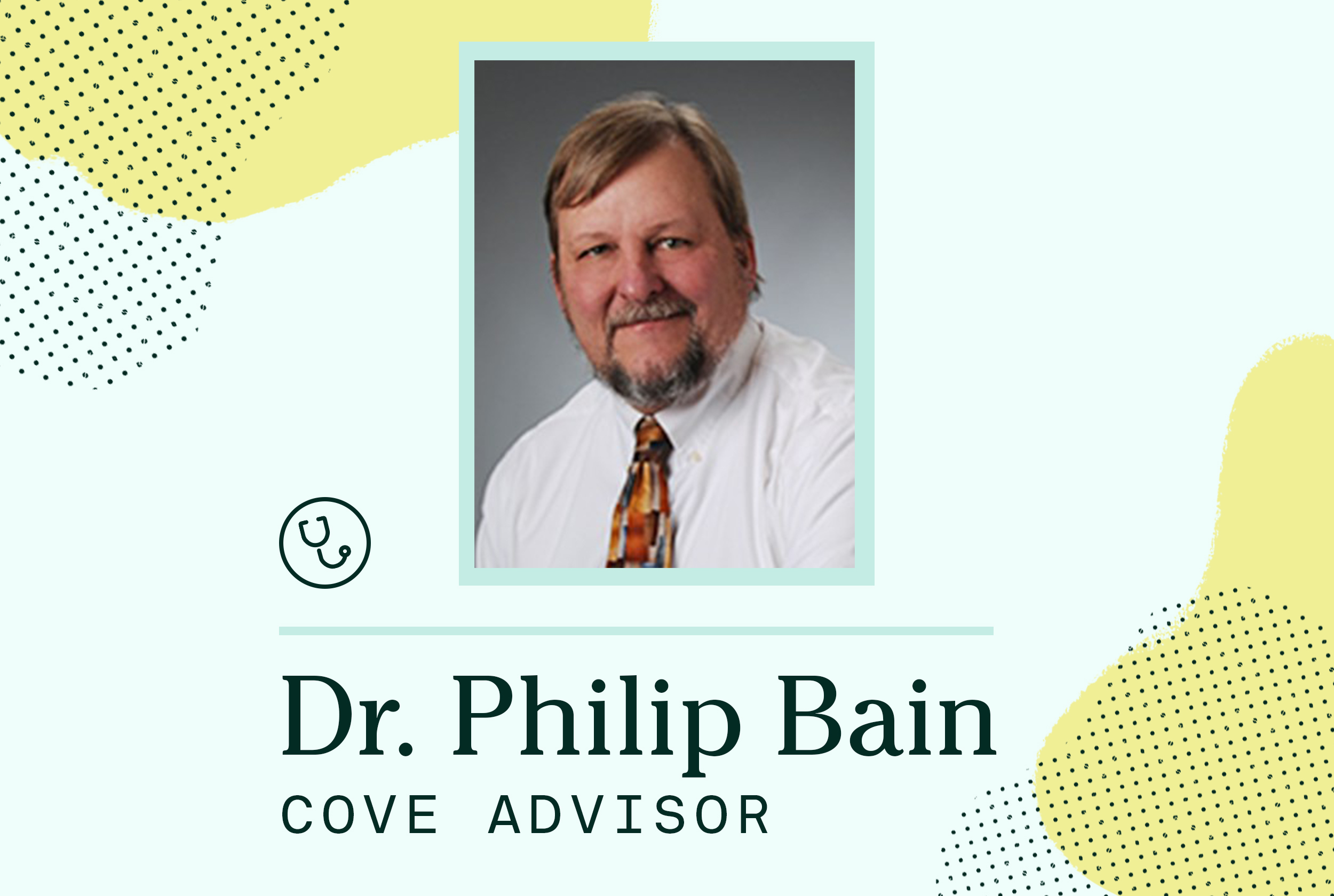 Let us refresh your memory: It was the year that the World Wide Web was born in Switzerland, Cheers ended its 11 year run as one of Americans' favorites comedies, and Ruth Bader Ginsburg was only the second woman appointed to the SCOTUS. It was also the year that changed migraine treatment as we know it. You see, that’s the year a new triptan was released to treat migraine headaches.

It’s also the year Dr. Philip Bain decided to change jobs. After working as an internist primarily with geriatric patients for four years, he decided that he wanted to diversify his patient panel and, after a lot of research and thoughtful consideration, started working with migraine sufferers.

Fast forward to today and he’s co-authored three books on headache management and has co-authored numerous articles related to a variety of headache topics. In addition to still practicing and seeing patients every day, he’s also a Cove medical advisor and we’re excited to learn a little bit more about him.

I studied at Marquette University and received a Bachelor of Science in Biology. Following that, I attended medical school at the UW School of Medicine and Public Health. Next, I completed my internal medicine residency at the Medical College of WI Affiliated Hospitals.

Can you tell us more about your decision to start working with migraine sufferers?

In 1992, I moved and switched jobs. At the time, I had added qualifications in Geriatrics. As an internist who traditionally has a lot of older patients in his practice, I wanted to diversify my patient panel. I looked into a variety of options—I wanted to learn as much as I could about a field that was common, affected younger people, was associated with significant disability, had good treatment available, and had interesting research associated with it.

Headache and migraine care fit the bill nicely. I attended the annual scientific meeting of the American Headache Society that year in Washington, D.C. As you mentioned, 1993 was also the year that sumatriptan was released and this has proven to be one of the most important discoveries in headache medicine history.

What's one of the most interesting facts about migraine?

Migraine is more common than asthma and diabetes...combined.

What's the most common migraine question you hear from patients?

“Why did I get this? Why can’t others understand how bad a migraine attack can be?”

How do you answer those people?

I tell them that a migraine attack is not “just a headache.” While 5% of the population never gets headaches, 12-14% of the population get migraine headaches. By definition, a migraine attack is a moderate to severe, disabling headache associated with nausea with or without vomiting and light or sound sensitivity. Migraine stops people in their tracks and forces them to go home from work or school and miss family outings. People that don’t get migraine headaches usually can’t relate to those who do.

What advice would you give someone who's experiencing migraine?

Don’t give up. There are many effective treatments available, including medications. There are a lot of things that a migraine sufferer can do for themselves to reduce the pain and disability associated with migraine.